Why shouldn't you drink alcohol while taking antibiotics? 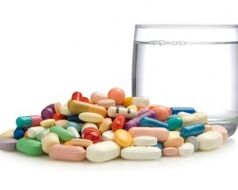 All people get sick from time to time. And then it is necessary to take special medicines - antibiotics.

However, these drugs can negatively affect the body if used incorrectly. In particular, doctors categorically prohibit the combination of drugs and alcoholic beverages.

But failure to follow expert recommendations can result in serious health problems.

Why shouldn't you drink alcohol while taking antibiotics?

Alcoholic beverages are generally not the healthiest product. And it is perfectly possible to do without this in everyday life. And even more so when you're sick. In fact, one of the main areas of therapy during this period will be the strengthening of the immune system. And alcohol, in contrast, can reduce the effectiveness of the body's natural defenses. This means that bacteria and viruses, which are supposed to destroy antibiotics, will multiply more quickly, and new individuals will already develop resistance to the drug, which therefore fails to help. But this is just one reason why you shouldn't drink alcohol while taking antibiotics. There are others. For example, if they are consumed at the same time, the person will feel much worse. In addition to the symptoms of the disease itself, he has shortness of breath, palpitations, tinnitus and dizziness. The load on the liver doubles, as both drugs and alcohol negatively affect it, the digestive system and kidneys also suffer. Which can lead to serious problems in the future. Also, an allergic reaction may occur when alcohol and antibiotics are combined. And its symptoms will have to be tolerated until the breakdown products of ethyl alcohol are excreted from the body.

How much alcohol should you not drink after taking antibiotics? 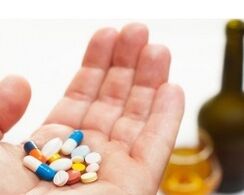 Many people are also interested in the question of how many days after antibiotics they should not drink alcohol.

Alcohol after antibiotics is prohibited and a few hours after taking the medications and for several days (or better weeks) after the end of treatment.

It should be kept in mind that drugs work in the body for at least another day, and some remain in the blood for up to a week.

Therefore, you can drink alcohol after waiting at least seven days, or rather extend this period to two or even three weeks to completely eliminate the appearance of negative side effects.